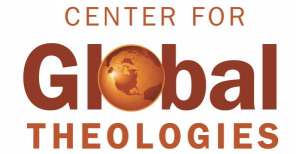 The Center for Global Theologies at Wartburg Theological Seminary strengthens the ongoing dedication of the seminary to the global and local mission of the church through multi-dimensional activities.

The Center for Global Theologies serves to:

Beginning in the 2009-2010 academic year, the board that oversees the Center for Global Theologies began encouraging research using our rich archived resources for both Namibia and Papua New Guinea. This has resulted in a series of Master of Divinity theses on various topics, which are available below for reading:

Wartburg Theological Seminary and the Lutheran Churches in Namibia: Walking Together in Solidarity, Tanner Howard (Namibia), 2015

A People Burning Between Two Fires: The Church of Namibia Caught Between South Africa and SWAPO, Seth Nelson (Namibia), 2014

Becoming Who We Are: An Examination of Identity Construction Among the German Colonists and the Indigenous Southwest Africans In the Late 19th and Early 20th Centuries, Lisa Konzen (Namibia), 2013

Manifesto and Mission: The Historical Convergence of Mission in the American Lutheran Church and Lutheran Churches in Namibia in the 1970s, Part 1, Part 2.
Katherine Chullino (Namibia),  2012

SWAPO, the Church, and the Role of Accompaniment in Namibia’s Liberation, Richard McLeer (Namibia), 2011

Prisoners of Hope: The Struggle for Namibian Independence, the Church, and the Gospel, Dena Stinson (Namibia), 2010