Wartburgers Reflect on Ministry in the Nation’s Capital 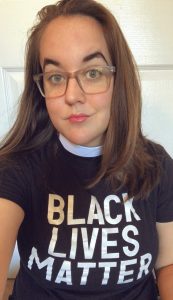 I came to the D.C. area for the politics, so I like to think that I knew what I was getting myself into when I started an internship here in 2012. But the past few years have definitely added strains to the country and to the D.C. area. I serve as the Director of Congregational Ministries at a congregation in Fairfax, VA, and it just seems like things affect people differently in this area.

Within my congregation and community, we have a lot of people who work for the government in some capacity, so when the government shuts down, we have to figure out how to help those in our communities who may not be working. When the insurrection happened on January 6, we had to think about who may have been in the District that day for work, who may have been in the Capitol that day, or the surrounding areas, and also think about the general safety of our members. These are not your typical congregational concerns, but these things aren’t new to the D.C. area—okay, maybe the attempted insurrection was.

After the continued murders of our Black siblings in Christ we bore witness to last year, I felt a call toward wearing a clerical collar, something that not all Deacons do, especially knowing that I have access to a lot of different marches and protests in and around D.C. This feeling of needing to wear some sort of outward symbol stemmed from my passion for social justice and racial equality and recognizing that some folx do not always see the church’s place in that. As a Word and Service candidate, I had to speak with my Bishop, the Rev. Leila Ortiz, about whether I would be able to wear a collar as part of my public witness to the Gospel. Thankfully, Bishop Ortiz encouraged me to explore this part of my call. Being able to wear a collar in the public square, for me, means showing up to a BLM march, or a protest for climate justice, or women’s rights, or whatever the cause may be, allowing me to show others that these important issues and Christianity are not at odds with one another.

I am 110% a D.C. enthusiast. I have lived either in the District or the surrounding area since 2012, taking only a nine-month break to finish up my senior year of undergrad in North Carolina. In many ways, this area helped shape me and open my eyes to a much larger world than the one I was used to. Even though it’s almost a decade that I’ve been here, I am still completely in awe of the city. The monuments at night, and what these buildings stand for—a representation of the people—still hits me in my feels when I see them. In September, when Justice Ginsburg passed away, my spouse and I knew we had to go downtown to pay our respects to this monumental woman who gave our country so much. As we walked up, past the Capitol, towards the Supreme Court Building, there was this ethereal energy in the air. There was collective mourning, grief, fear, and yet it was beautiful, to have that moment with other people, after months of distance; every race, religion, gender-expression, age, you name it, was represented there that night. It was a holy moment, as we paid our respects to an American hero.

The congregation that I serve has people from all over the political spectrum. We have members who work for the government, for startups, teachers, IT developers, and everything in between. Something we take seriously is being honest about what is happening without taking sides or making anything overtly political but making sure that the Gospel is being preached honestly. My pastor has helped me truly understand what the Theology of the Cross looks like in practice, because we always call a thing what it is. 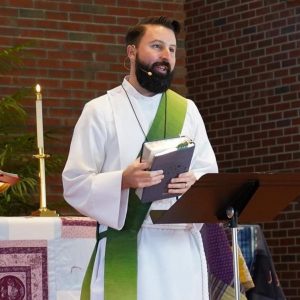 Through our seminary formation and beyond, we regularly hear the phrase, “context matters.” While this year has taught us much, the context in which one serves and leads has created a diverse set of experiences and skills for church leaders. Serving as a deacon in a congregation in the suburbs of Washington D.C., about 30 miles from the White House and Capitol Building, this past year has highlighted the challenges of church leadership in this particular context. I serve far enough from downtown D.C. that it is easy to forget the context.

On January 6, I was sitting at the desk in my home (most of our buildings in the area remain closed due to the pandemic) typing away at some confirmation lesson plans when my phone buzzed with a text message. It was a friend from seminary checking to see if I was okay. Then another message, and another. Unsure of what might be wrong, I opened my news app and there it was, “The Capitol Under Attack.” I was, of course, fine, and nowhere near any of the protests but my mind quickly shifted to members of our congregation who lived or worked in D.C. I began sending off my own text messages and emails. One of them was to another staff member whose husband works in the Capitol.

Thankfully, he had been working from home for the past year as well. And then I sat and watched and prayed. In the days that followed, like the rest of the nation, we heard the stories, but not all of them were reported from the news. We heard from other pastors whose congregations were near the Capitol who had encounters with the protestors. Stories of leaders unable to go to their buildings because of curfews and additional lockdowns. It is a different context hearing those stories from the mouths who lived it, from friends and colleagues.

Church leadership in the shadows of the nation’s capital is different. Not necessarily good or bad different, but different. You can be in the suburbs with the monuments out of sight but on a 20-minute drive to see friends and suddenly see that iconic skyline appear. You see your community driving down the street, going to the grocery store, taking kids to soccer, struggling with all the same issues most people struggle with, but then they mention a name of a Senator or President when discussing their work. In this context it is easy to forget where you are but just as easy to be abruptly and unexpectedly reminded. It appears you are only a few degrees of separation from the extremely powerful and never even notice. It is easy to dehumanize those whom we see in power or close to power, but the thing about ministry in the D.C. area is how quickly and abruptly those people become human when they are sitting in your pews, or serving next to you, or leading a council meeting.

This past year we have all had to discern the best ways to lead through a pandemic, deep loss, protests, violence, extreme politics, Christian nationalism, and so much more. Each context has had its own struggles, issues, and learnings. But ultimately, we are all in the people business. We are all called to lead and serve people. Serving in Washington D.C. has its own unique struggles and joys but even here, we are called to serve and lead people. While people are not always easy, isn’t this good news? After all, God chose to come to us, as one of us, as a person, as human. Context matters but the Gospel matters more. No matter the context, seek the humanity in people and witness the image of God we were all created in.