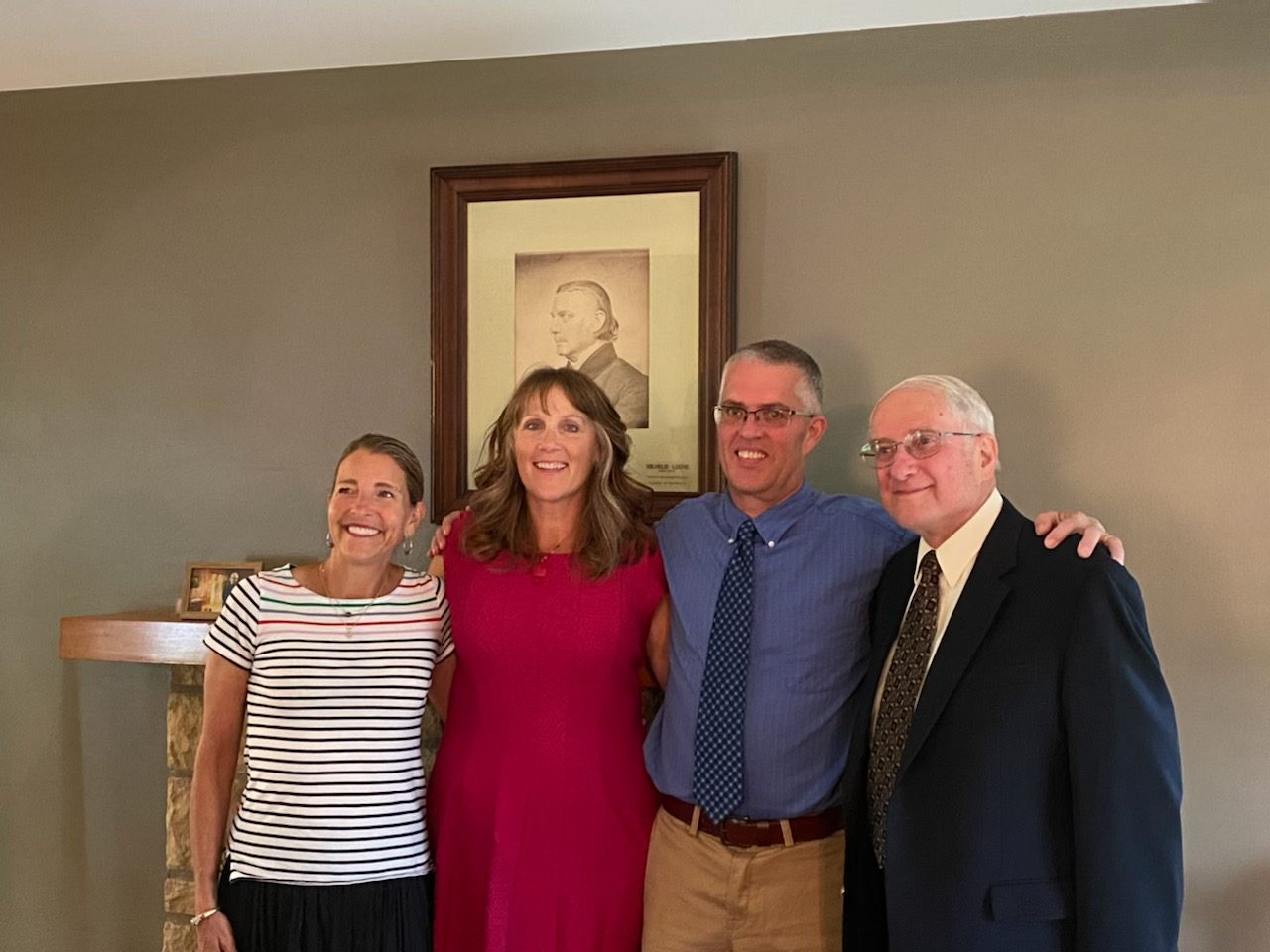 For Steve and Terri Diemer, what started out as a trip down memory lane turned into a mission to make a difference.

The close knit Diemer family from Madison, WI grew up familiar with Wartburg Theological Seminary because of how highly their father, Joel ‘64, spoke about his alma mater and how many close family friends they had who were also Wartburg alums.

“I always had a high regard for it (Wartburg), I liked being the minister’s kid. My dad is a role model for me and how I live life and he always says how much Wartburg shaped him and his thought process,” stated Steve.

In 2019, upon his late mother Geraldine’s suggestion, Steve and his wife Terri decided to take Joel back to Wartburg to learn more about the place that shaped not only his father, but their family as well.

Soon after their arrival to campus, Steve and Terri understood what all the buzz had been about. “Everyone was really welcoming and engaging and my dad was just so excited to be back and to see the alumni pictures on the wall, and tell stories; it was really special watching his excitement,” stated Steve. The trip was meaningful to Steve as well. The oldest of four, Steve was the only one in his family born in Iowa and though he has no memory of his 18 months living in the Wartburg trailer park, says of the visit, “It was a really great experience; it was my way to get back in touch with Wartburg and back to my roots and see where I was raised.”

It wasn’t only the memories that Steve and Terri found inspiring. States Steve, “Our visit showed us that Wartburg is a visionary school; you’re not just reacting to the world, you’re leading it. Our experience was very inspirational.”

Following their visit to Wartburg, Steve and Terri began having conversations about the pivotal role the seminary played in the shaping of the Diemer family and continues to play in providing pastoral leadership for the church. This conversation led to an observation from their own church, “We’ve seen people in our church, one person in particular, trying to become a minister as a second career.” After seeing this person, the Diemers began to think about ways to financially assist people who are changing careers while raising a family at the same time.

After praying about it and consulting Joel, the couple decided to update their will to include a named scholarship in the Wartburg Seminary Endowment fund. The scholarship, titled, “The Diemer Family Scholarship,” was not only a way for Steve and Terri to honor Joel, but to honor the long line of ministers in his family, including his grandfather and uncles, one of whom also graduated from Wartburg. Of the scholarship, Steve says, “I am not a minister, but this was a way to give back in a meaningful way to a place that means a lot to my family and to me.”

The importance of scholarship funds cannot be overstated. In fact, each year WTS students are awarded scholarships, based on financial aid eligibility, from the endowment earnings. Because of the generosity of people like the Diemers, Wartburg is able to offer 100% of eligible students some level of scholarship support.

Kristin Johnston Largen, WTS President, said about receiving this gift, “It was such a pleasure visiting with Pastor Joel, Steve and Terri, and learning about their experience of Wartburg Seminary in the 1960s.  Their love of Wartburg and their ongoing faithfulness to God’s mission in the world is at the heart of what makes Wartburg so special.  I am deeply grateful for their generosity that will give future generations of church leaders the opportunity to be formed by the Wartburg community for service to the gospel.”