Wartburg Past and Present: The First Generation of Women Leaders

WTS joins the ELCA in celebrating the ways women, women of color, and LGBTQ+ persons have contributed to the life of the church and its people across the country by taking a look back at some of the pioneering leaders from our own community.

The article below was originally published in a 2012 issue of the LifeTogether Magazine. A link to view the article’s PDF is located at the bottom of this page.

Wartburg Past and Present: The First Generation of Women Leaders 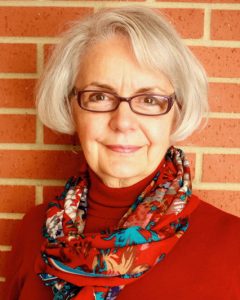 “Am I singing in such a way that all the voices can be heard?” is a question that Rev. Andrea DeGroot-Nesdahl (WTS ’77) first asked herself while a Wartburg seminary student, and a question that she continues to ask herself today.

Because of the dominating male voices when DeGroot-Nesdahl was attending Wartburg, she learned to hold musical notes longer while singing in chapel so that a female voice could be heard as well. After being elected the second woman Bishop of the ELCA, when she walked into the Conference of Bishops as one of only two women, she wondered again if her voice would be heard. Today, DeGroot-Nesdahl continues to use that metaphor and listen for voices that may not be included at the table.

Wartburg Theological Seminary has a strong history of preparing leaders for the church. For many years that history did not include women. After the ALC voted that women be eligible for call and ordination in 1970, women came to study at Wartburg Seminary. The first woman, Carol Olson, graduated from Wartburg Seminary in 1975.

Many more women followed. At first the number of women was small but by the fall of 1982, 50 women had received a degree from Wartburg and 50 were then currently students. Today the ratio of male students to female students is nearly even. 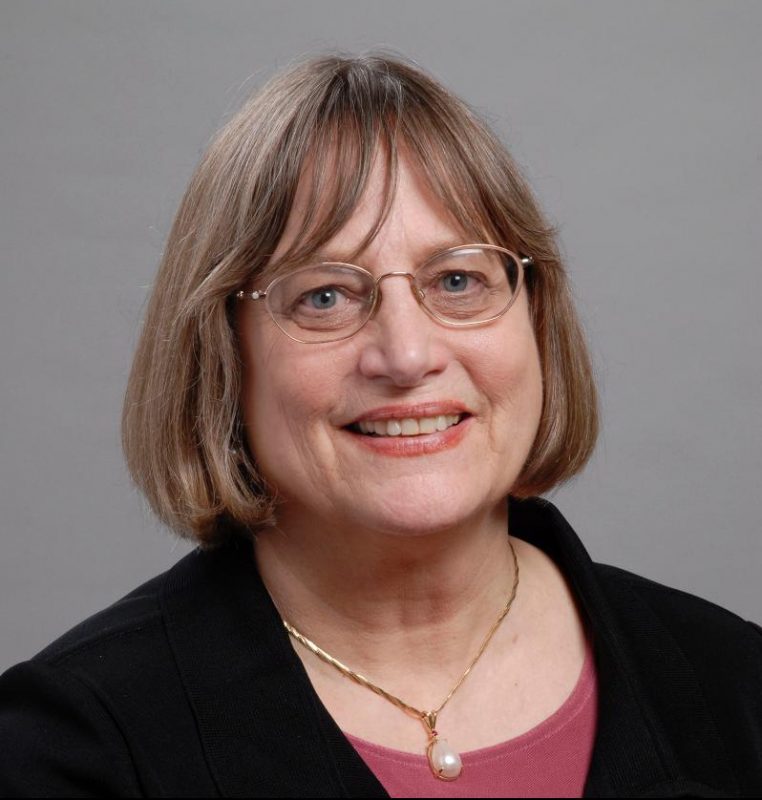 “Nobody knew exactly what kind of support women needed, but Wartburg really was a healthy environment for figuring that out.” – Rev. Dr. Phyllis Anderson (WTS ’77), President of Pacific Lutheran Theological Seminary (2004-2013)

The [2012] election of Wartburg Seminary graduate, Rev. Shelley Wickstrom (WTS ‘86), as Bishop of the Alaska Synod, gives the Wartburg community opportunity to pause, reflect and celebrate the varied leadership roles of these first women graduates. Many of the first women graduates have paved the way for future generations and held positions of leadership within the ELCA while doing so.

Both the first and second women elected as bishops in the ELCA were Wartburg graduates. Rev. April Ulring Larson (WTS ’78) was elected in 1992 in the La Crosse Area Synod and Rev. Andrea DeGroot- Nesdahl (WTS ’77) was elected in 1995 in the South Dakota Synod. Since women have been ordained they have served as leaders of churchwide organizations and units, synods, large and small congregations, and other ministries throughout the church. In higher education, Rev. Phyllis Anderson (WTS ‘77) serves as President of Pacific Lutheran Theological Seminary. She is the first woman to serve as president of a seminary of the ELCA.

Ulring Larson said, “It is such credit that the first two ELCA woman bishops, first woman to be president of one of our ELCA seminaries, and the first woman to head ELCA Global Mission (Dr. Bonnie Hagedorn Jensen, WTS ‘80) were all Wartburg Seminary graduates. Wartburg had and continues to have a strong sense of justice and of leading the way.”

Many women experienced challenges throughout their seminary experience. The very first women had no women mentors and only male faculty and while the faculty members were supportive of the ordination of women, many hadn’t yet discovered how to fully engage the presence of women in the classroom. “There were just so few of us [women], so any observation, any comment that we presented was quickly generalized to the whole. I wasn’t used to having to answer for my whole gender,” said DeGroot-Nesdahl. 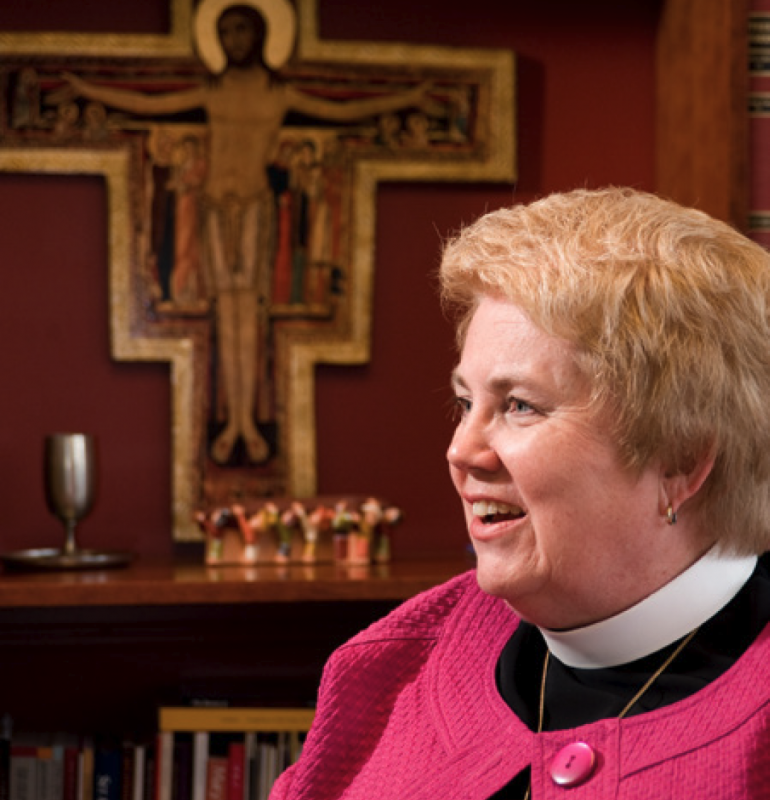 Leading worship was also a new opportunity for the first women. [Rev. April] Ulring Larson (WTS ’78), shared, “The first time I heard a woman preach was when I heard the sound of my own voice.” Ulring Larson was the first woman elected Bishop in the ELCA in 1992.

Wartburg Seminary prepared the women for leadership but many waited more than a year for a first call after graduating because the church wasn’t ready for them. Anderson described the difficulty of learning how to speak for her gender while also being highly visible. “There was the challenge of being the first woman to do this or that and of people wanting you and never knowing if it was because you had something to offer or because they needed a woman,” said Anderson.

Bishop Wickstrom, one of the first 100 women at Wartburg Theological Seminary, recalls the importance of Wartburg and the women who preceded her both in her pastoral formation but also in her early years in ministry. Dr. Norma Cook Everist came to Wartburg to teach in 1979 and was the only female professor at an ALC seminary at the time. Everist was also the first, and in many cases the only, role model for many of the women studying or serving in ministry. “For me the way that Norma served as the only woman was helpful to me when I was the only clergy woman in Alaska for five years. I was the token woman in many situations,” said Wickstrom. 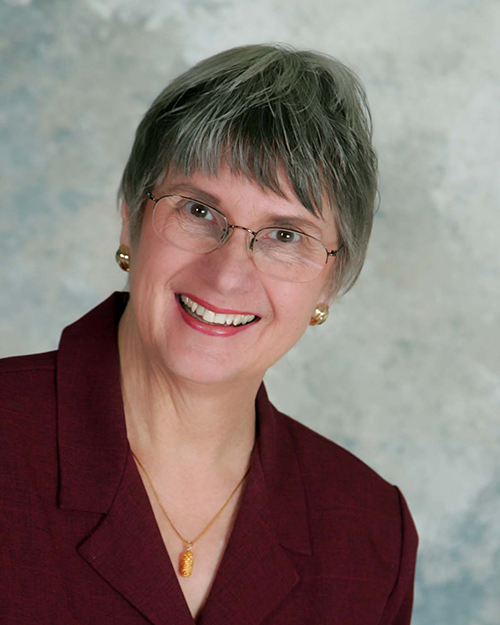 Dr. Norma Cook Everist shared thoughts about what made Wartburg unique at a time when women were just being welcomed at seminaries. “From the very beginning community was important. Wartburg prepared women and men to know the issues and be collaborative partners in ministry together. It isn’t and never has been about being in competition with one another but working together for the good of all,” said Everist.

Wickstrom came to Wartburg as a student in the fall of 1982 and appreciated that collaboration. “I really cherish the relationships I had with all students; we were allowed to be really honest with struggles and joys and that was very valuable” said Wickstrom.

When sharing how Wartburg prepared her for ministry Anderson talked about the community that continues to define Wartburg, “I felt respected and surrounded by a company of people in all their uniqueness and strangeness who were respected too. Nobody knew exactly what kind of support women needed, but Wartburg really was a healthy environment for figuring that out. I think as a woman at Wartburg in the late 70s I felt I was treated as new and strange, but kind of a gift, and I didn’t have to fight for my place and I think that has contributed to a whole generation of leaders from Wartburg. Wartburg also prepared me for leadership and ministry by grounding me in the primary identity of being a pastor.”

DeGroot-Nesdahl believes that the formative community at Wartburg impacted the opportunities she was privileged to have in her ministry and life. While she did learn to sing loudly during her time at Wartburg, it is the lesson and awareness of remembering to hear all of the voices at the table that she continues to reflect upon. DeGroot-Nesdahl said, “I never forget that analogy. Am I singing in such a way that all the voices can be heard?”

Article PDF from the 2012 Magazine

WTS joins the ELCA in celebrating the ways women, women of color, and LGBTQ+ persons have contributed to the life of the church and its people across the country. Will join us by giving in honor of a WTS woman, woman of color, or LGBTQ+ faith leader who has impacted your life? Your gift makes it possible for WTS to continue preparing leaders like these for an ever-changing church in need of the good news of Jesus Christ.